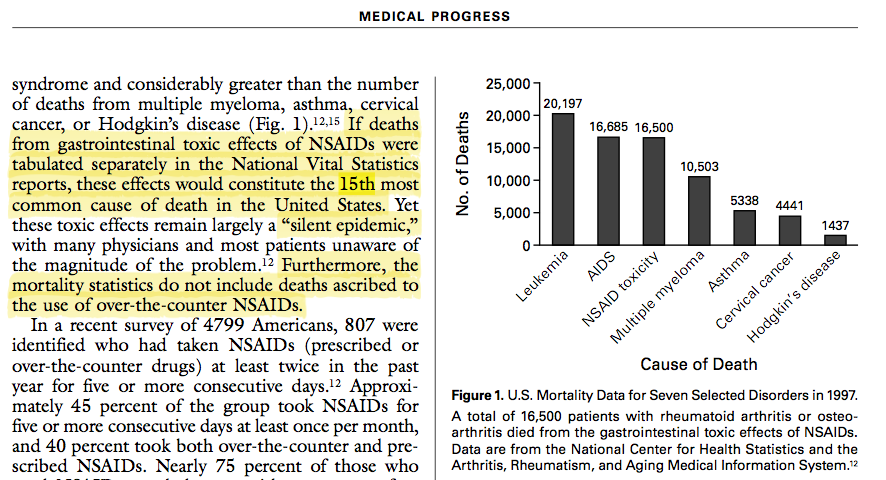 The British Medical Journal reported that the US Centers for Disease Control and Prevention had declared there was a national epidemic of prescription drug overdoses which led to 14,800 deaths in 2008. This is more than cocaine and heroin combined for the same period. If you think this an exaggeration click here to see the full government report.

They highlight the following key points :

* Death from opioid pain relievers (OPR) is an epidemic in the United States.
* Sales of OPR quadrupled between 1999 and 2010.
* Enough OPRs were prescribed last year to medicate every American adult for a month
* Abuse of OPRs costs health insurers approximately $72.5 billion annually in health-care costs.

And just in case you were not astonished already, I will remind those of you that have not heard me say it before that NSAIDs were the 15th biggest cause of death in the USA according to the New England Journal of Medicine 1999.

Unfortunately there is no abstract so I am going to show you a little snip from the full paper.