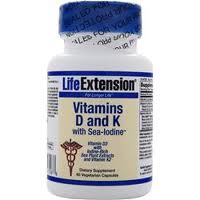 SAN ANTONIO, Texas — Breast cancer patients with insufficient vitamin D levels have a worse prognosis after standard treatment plus zoledronic acid than those with normal levels of vitamin D, according to a preliminary biomarker analysis of the AZURE trial reported here at the 35th Annual San Antonio Breast Cancer Symposium.

“Women who have sufficient vitamin D levels appear to have a much better prognosis,” said lead researcher Robert Coleman, MD, from the University of Sheffield in the United Kingdom. “We should be measuring vitamin D and replenishing it appropriately…. [But] “whether vitamin D as an intervention will change outcome, I don’t know,” he added.

Zoledronic acid is indicated for reducing and delaying bone complications in cancer patients with bone metastases.

After a median follow-up of 53.3 months, the researchers found no difference between the treatment groups for the primary outcome of disease-free survival (hazard ratio [HR] for zoledronic acid, 1.15). However, a preplanned subgroup analysis showed significant benefits in postmenopausal women (HR, 0.75), Dr. Coleman reported.

The researchers undertook the biomarker analysis because “we felt it was appropriate to try to understand some of the biology that might be going on to explain this somewhat unexpected result,” he said.

In a subset of 872 patients from the original study, the researchers looked at baseline serum levels of 25-hydroxyvitamin D, N-terminal propeptide type I procollagen (PINP) — a bone-formation marker — and beta C-terminal telopeptide type I collagen (β-CTx) — a bone resorption marker — to see if they correlated with outcomes.

A PINP level above 70 ng/mL was considered abnormal, as was a β-CTx level below 0.299 ng/mL. For vitamin D, levels under 30 ng/mL were considered insufficient.

The analysis found that neither PINP nor β-CTx levels were predictive of outcome, “but for vitamin D, there were surprising differences,” said Dr. Coleman.

Specifically, there were no significant differences between patients with abnormal PINP levels and those with normal levels in either time to bone recurrence (hazard ratio [HR], 1.15; P = .5957) or time to distant recurrence (HR, 0.86; P = .4098).

Although the impact of vitamin D levels is clear from the study, “it is not clear that the results provide a signal to supplement,” said Rowan Chlebowski, MD, from the Los Angeles Biomedical Research Institute at Harbor-UCLA Medical Center in Torrance, California, after the session.

“The Women’s Health Initiative and other studies have shown that only 20% of the difference in vitamin D levels between individuals can be explained by diet, supplements, sunlight exposure, exercise, and body mass index,” Dr. Chlebowski told Medscape Medical News.

“Probably 80% of the difference between individuals is genetically determined. There aren’t any interventions where supplementing deficiency to a target level shows a change of outcome, aside from rickets. So there is a caution in terms of knowing what the immediate clinical implications of the findings are,” he noted.